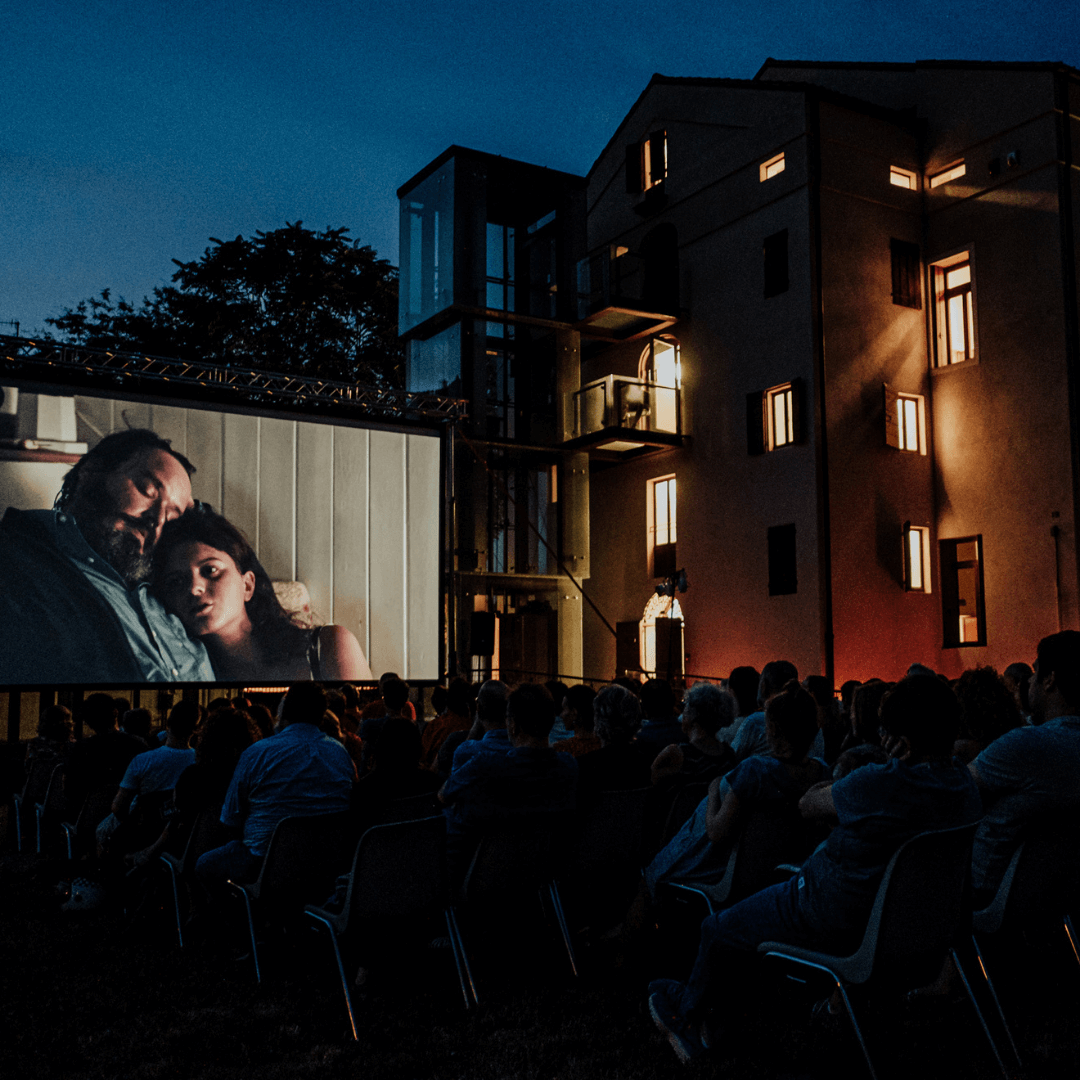 OPEN AIR CINEMA IS BACK IN MONSELICE!
Also this year the summer film festival organised by Euganea Movie Movement is back!
Every Friday, for six weeks, there will be screenings in the garden of Villa Pisani in Monselice (PD). 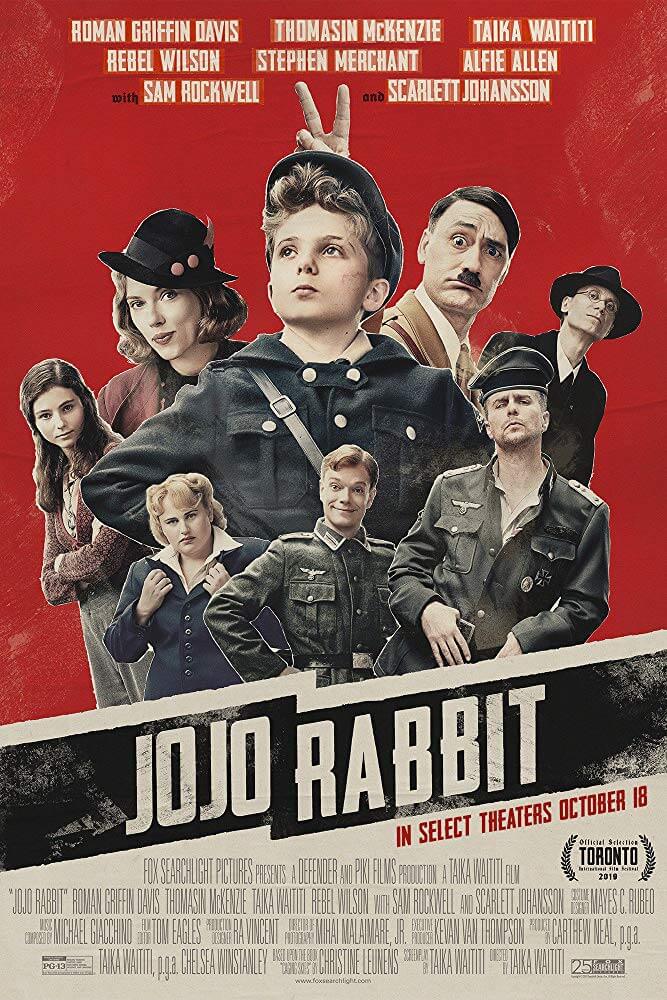 by Taika Waititi
Germany, 2020, 108′
starring Roman Griffin Davis, Thomasin McKenzie and Taika Waititi.
Jojo is ten years old and has a despotic imaginary friend: Adolf Hitler. A fanatical Nazi, with his father ‘at the front’ boycotting the regime and his mother at home ‘doing what she can’ against the regime, he is integrated into Hitler’s youth. Between a drill and a grenade toss, Jojo discovers that his mother is hiding Elsa, a little Jewish girl, in the house. Declared enemies, Elsa and Jojo are forced to live together, she to stay alive, he to protect his mother. But the boy’s ‘conditioning’ will gradually fade with love and a friendship stronger than racial hatred. 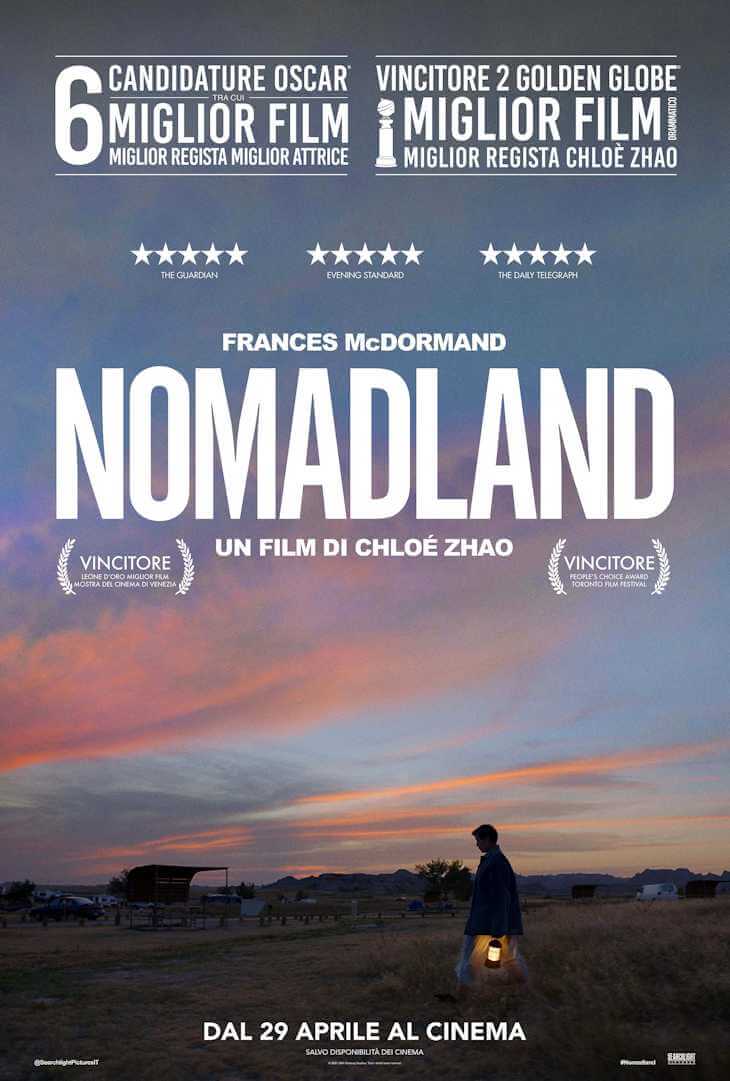 by Chloé Zhao
USA, 2020, 108′
starring Frances McDormand, David Strathairn, Linda May,
Following the economic collapse of a corporate town in rural Nevada, Fern (Frances McDormand) packs up her van and hits the road, exploring a life outside of conventional society as a modern nomad. Nomadland, by director Chloé Zhao, stars real-life nomads Linda May, Swankie and Bob Wells as Fern’s mentors and companions as she travels the vast landscape of the American West.
Golden Lion at the 77th Venice International Film Festival 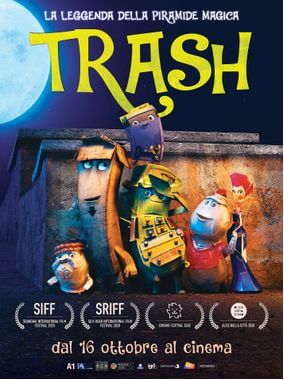 by Luca Della Grotta and Francesco Dafano
Italy, 2020, 88′
Slim is a worn and tattered cardboard box; Bubbles is a dented and half-deflated soft drink bottle. Both find themselves on the floor of a market, destined to end up in the rubbish pail. But surprisingly, they come across little Spark, an empty battery pack with a recycling logo on the back: a symbol that Bubbles recognises as that of the Magic Pyramid, the place whose waste is fabled to be the only place where they could find a second life. Together with other scraps, the three leave the market and begin their adventure on the road, dodging enemies such as the Garbage Suckers and the terrible Predators. 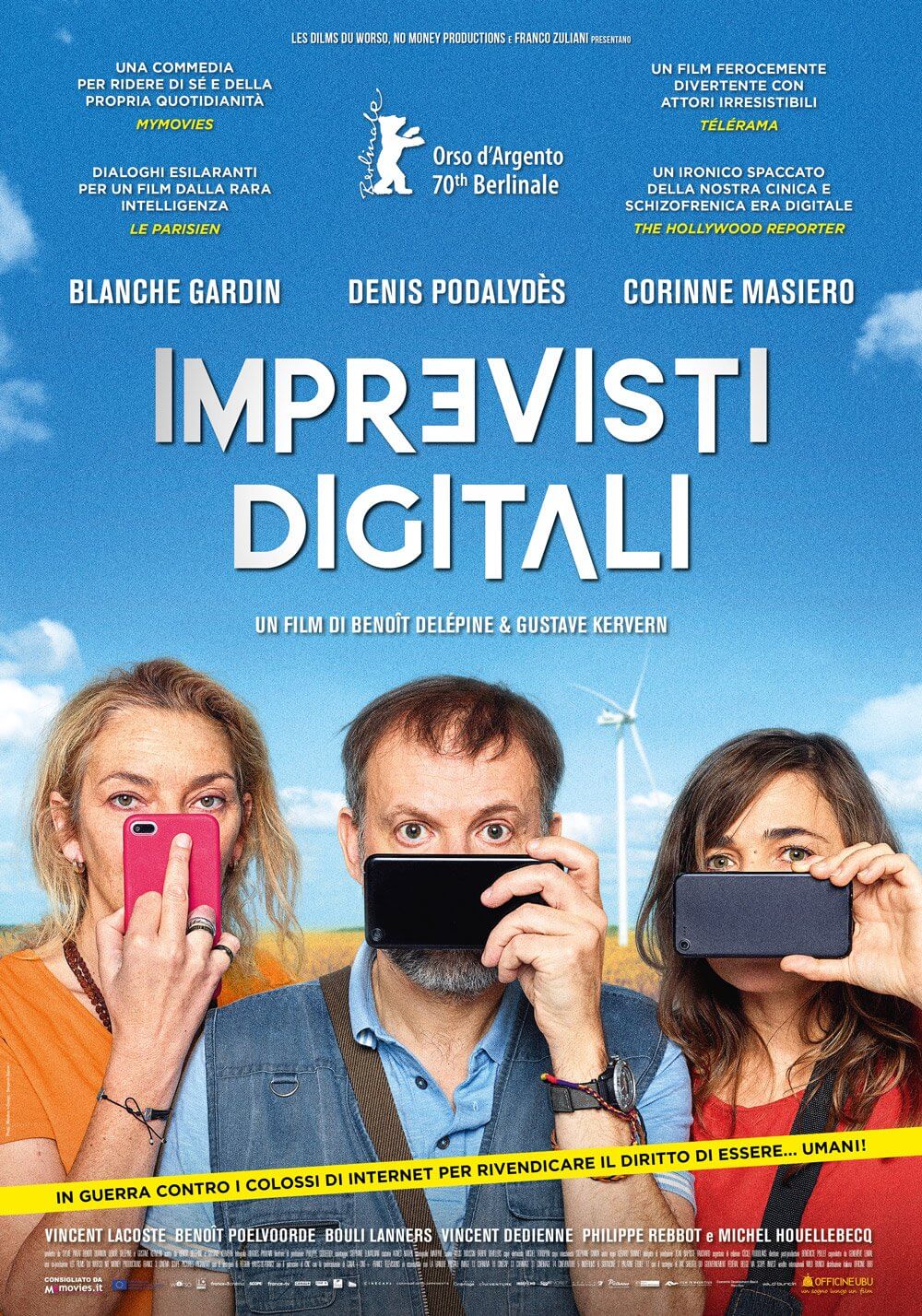 by Benoit Deléphine and Gustave Kervern
France, 2020, 106′
with Blanche Gardin, Denis Podalydès, Corinne Masiero
Three neighbours in a French suburb find themselves caught up in a series of unforeseen events caused by their ineptitude in dealing with new technologies. Marie is afraid of losing her son’s respect because of a sex tape that ended up online, Bertrand falls in love with the voice of a receptionist and tries to protect his daughter from cyber-bullying and Christine, who has lost her husband because of her addiction to TV series, is willing to do anything to increase her rating as a private chauffeur. The three of them then embark on a battle against the internet giants. A battle far beyond their reach… perhaps.
Winner of the Silver Bear at the 70th Berlinale 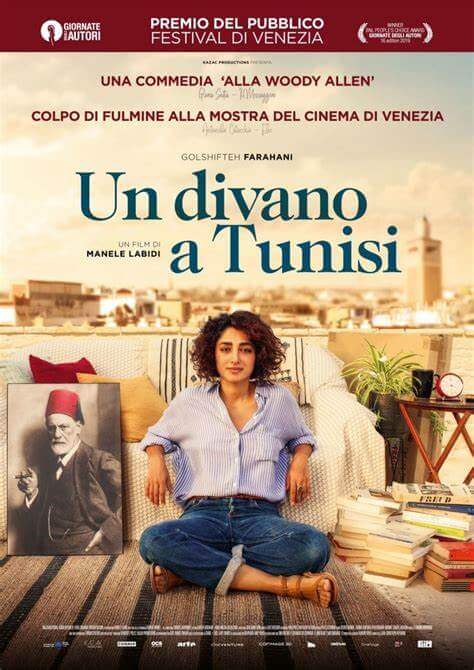 by Manele Labidi Labbé
France, 2019, 89′
with Golshifteh Farahani, Majd Mastoura
Selma Derwich, a 35-year-old psychoanalyst, leaves Paris to open a practice in the suburbs of Tunis, where she grew up. Optimistic about her mission, to lay her compatriots on the couch and bring them back into the world in the aftermath of the revolution, Selma has to contend with local mistrust, an indolent administration and an overzealous policeman who boycotts her. In Tunis, where people confess in the baths of the hammam or under the helmet of the hairdresser, Selma offers a third way, a protected place to take care of oneself and take the pulse of the city. 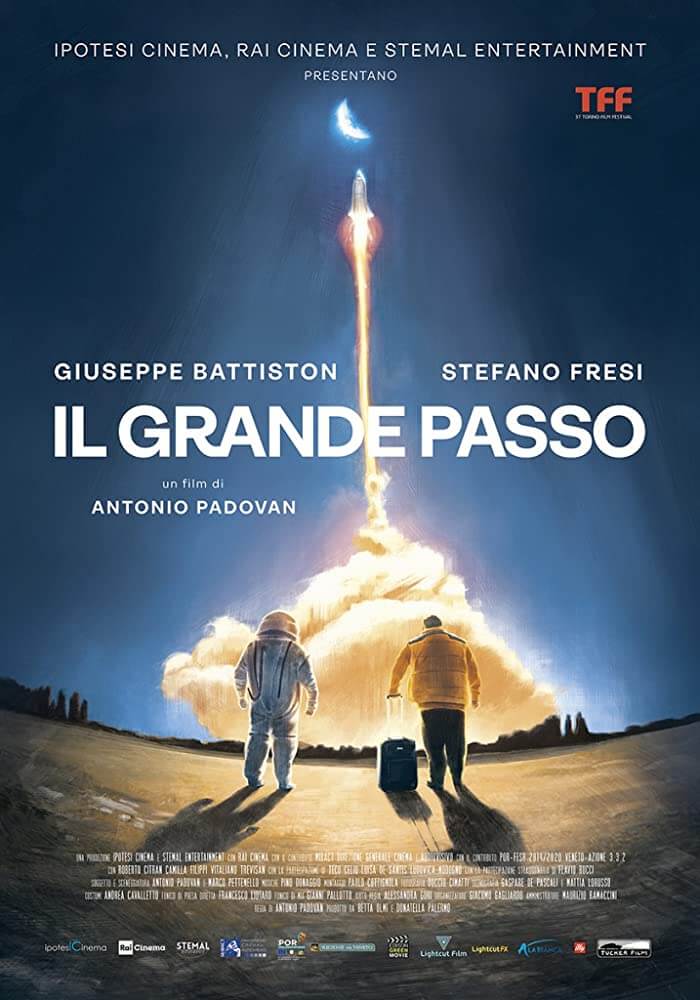 by Antonio Padovan
Italy, 2019, 96′
With Giuseppe Battiston and Stefano Fresi
Mario lives in Rome, Dario in the Polesine. Mario has a hardware store, Dario a farmhouse. Mario follows the rules, Dario despises them. The sons of the same father and a different mother, Mario and Dario are brothers but have nothing in common. Distant and separated, they share only the pain of their father’s abandonment. The madness of Dario, a misunderstood genius in aerospace engineering, brings them together. After an attempt to launch himself on the Moon, which ends in a field fire and the denunciation of his neighbour, Dario is condemned to forced confinement but Mario’s providential intervention changes the course of events and he aims for the Moon.

The screenings will take place in the garden of Villa Pisani.
Single ticket: 5 euro
Free up to 4 years old