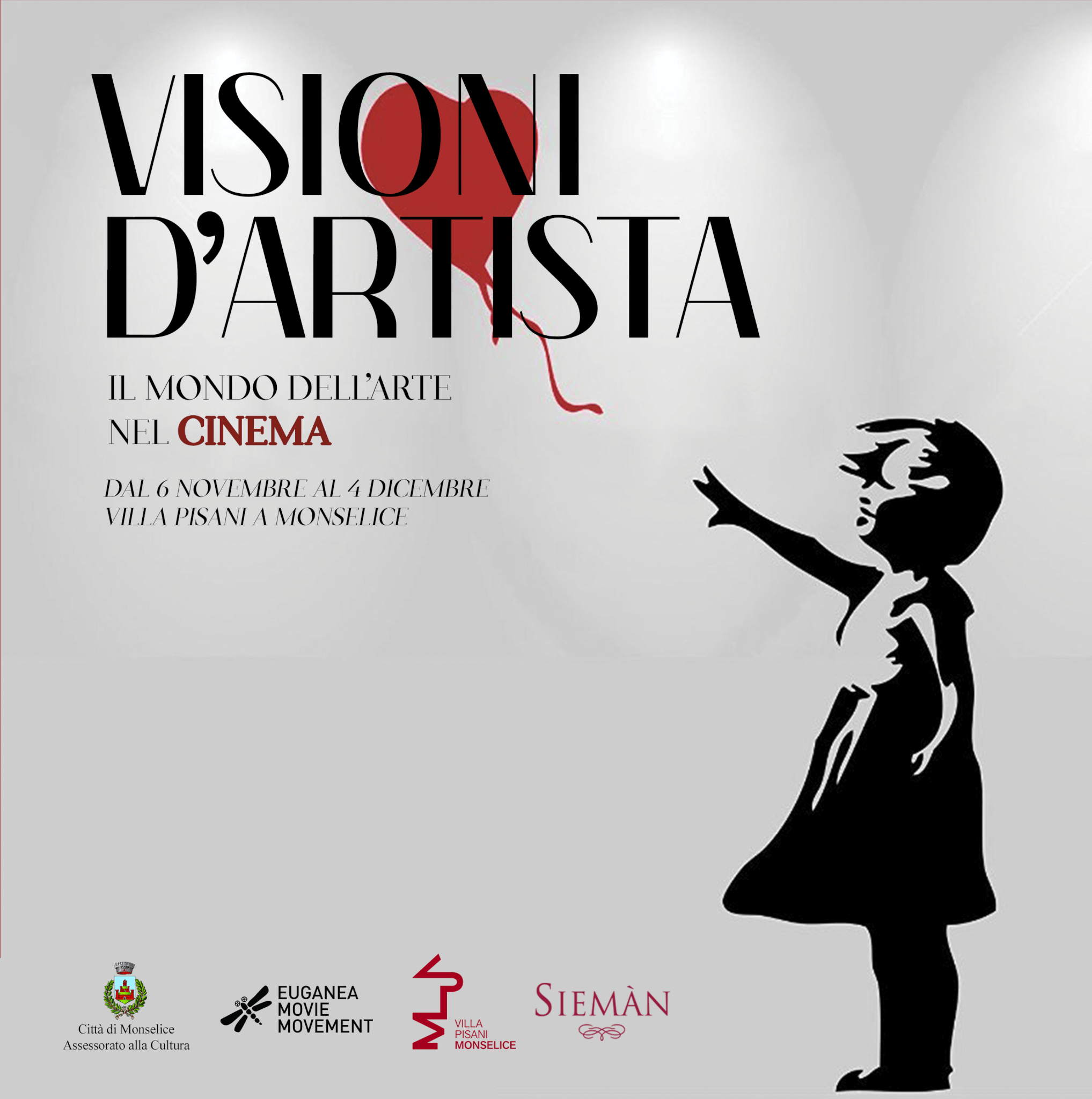 “Art washes away from the soul the dust of everyday life.” Pablo Picasso

For winter time Euganea Movie Movement  offers a program of four screenings of films about contemporary art, from different points of view.

Besides the films, there will be also a special event, a show of music and words with Debora Petrina, singer, songwriter and composer, winner of PremioCiampi, and the writer Tiziano Scarpa, winner of Premio Strega with his novel Stabatmater.

Now the top-selling female artist in the world, Yayoi Kusama overcame impossible odds to bring her radical artistic vision to the world stage. For decades, her work pushed boundaries that often alienated her from both her peers and those in power in the art world. Kusama was an underdog with everything stacked against her: the trauma of growing up in Japan during World War II, life in a dysfunctional family that discouraged her creative ambitions, sexism and racism in the art establishment, mental illness in a culture where that was particularly shameful and even continuing to pursue and be devoted to her art full time on the cusp of her 90s. In spite of it all, Kusama has endured and has created a legacy of artwork that spans the disciplines of painting, sculpture, installation art, performance art, poetry and literary fiction. After working as an artist for over six decades, people around the globe are experiencing her installation Infinity Mirrored Rooms in record numbers, as Kusama continues to create new work every day.

Peggy Guggenheim was an heiress to her family fortune who became a central figure in the modern art movement. As she moved through the cultural upheaval of the 20th century, she collected not only art, but artists. Her colorful personal history included such figures as Samuel Beckett, Max Ernst, Jackson Pollock, Alexander Calder, Marcel Duchamp as well as countless others. Peggy Guggenheim: Art Addict is a documentary film about her life.

This is the inside story of Street Art – a brutal and revealing account of what happens when fame, money and vandalism collide. Exit Through the Gift Shop follows an eccentric shop-keeper turned amateur film-maker as he attempts to capture many of the world’s most infamous vandals on camera, only to have a British stencil artist named Banksy turn the camcorder back on its owner with wildly unexpected results.

Le cose che succedono di notte (Things that happen by night) is a show made of music and words.
Debora Petrina, singer-songwriter and composer, winner of Premio Ciampi, meets the writer Tiziano Scarpa, winner of Premio Strega with the novel Stabat mater.
On stage they play alternatively music and rhyme stories. On keyboards, guitar and voice, Debora connects herself to unknown worlds, like a kind of electronic visionary. She sings with scenic presence her beautiful sensual lively innovating songs. In between the songs, Tiziano narrates about men, trees, solitary animals looking for love and truth, and finding what they deserve. They are rhyme fairytales for adults. They are hilarious stories, sometimes dramatic, by Scarpa’s new book Una libellula di città (published by Minimum Fax).
Songs and musics by Debora Petrina (voice, keyboards and guitar).
Stories and rhymes by Tiziano Scarpa.
Thanks to Teatro Stabile del Veneto e Lorenzo Maragoni for the collaboration

In post-war Poland, renowned painter Wladyslaw Strzemiński works as a professor at the National School of Fine Arts in Łódź. A great artist and co-creator of the theory of Unism, Strzemiński became famous before the Second World War. His students still treat him like the “messiah of modern painting”, but university authorities and the Ministry of Culture have a very different opinion. Unlike artists loyal to the doctrines of socialist realism and fulfilling Party tasks, Strzemiński does not compromise his art. He refuses to comply with Party regulations, and he is eventually expelled from the university and the artists’ union. But Strzemiński’s students continue to support him, visiting him for private lectures. They pen down his Theory of Vision and listen to his critique of their work. But jobless Strzemiński, impaired due to a missing arm and leg, soon falls into poverty and poor health as the Communist authorities remain persistent in their actions to ruin him… 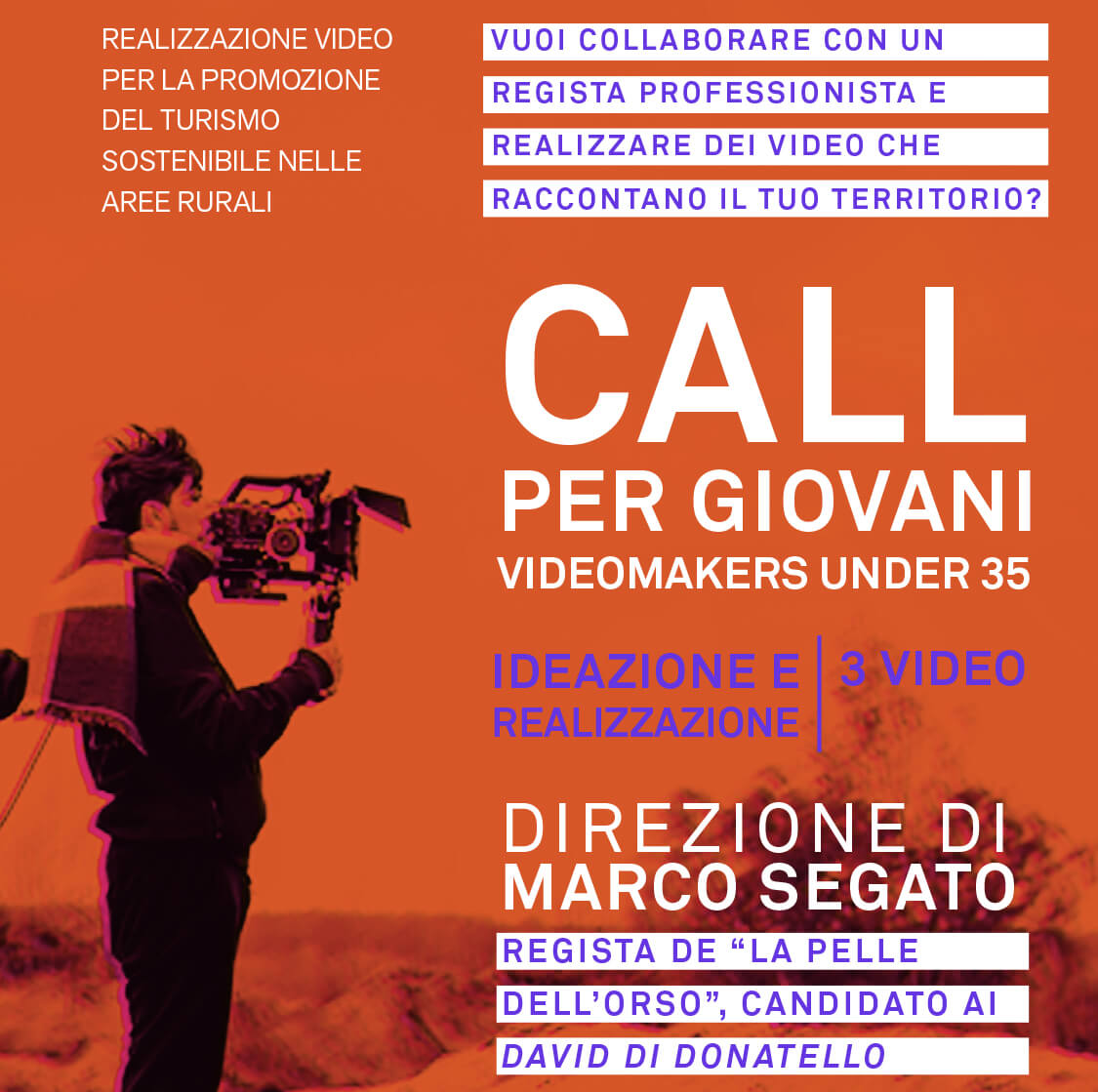 Written by villapisani on February 8, 2018. Posted in Past Events.

Registration is open to participate in the working group for young videomakers under 35 of Gal Patavino which aims to discover, enhance and promote the rural territory through the production of audiovisual materials: short documentaries, videoclips and commercials.
The participation is free, it is open to young directors, artists, operators, students, cinema enthusiasts and to all those who are familiar with audiovisual media and aims to train a group of young people who observe and narrate their territory in an original and creative way. The creative group that will deal with identifying themes and places of the story and then dedicate itself to writing and making the products will be directed by Marco Segato, director of “La pelle dell’orso”and candidate for the David di Donatello.

The meetings and post-production work will be held in the spaces of Villa Pisani in Monselice starting from February, while shooting and editing will take place in the territory of Gal Patavino from March.

Registration closes on Saturday 27 January, for information and registration:
+39 347 2935535
info@euganeafilmfestival.it